Torma Artists Karma Samten and Karma Wangchuk have written from Bodhgaya where they go every year to create beautiful works of art for the Kagyu Monlam torma display. They shared some of their recent activities with the Torma Film crew. Karma Samten sent photos of some of his latest artworks. This year he is working on sculptures of the Four Great Kings with Indian motifs. He also shared photos of wax-butter lotus flowers he made. This is a new type of flower recently designed by the Karmapa. 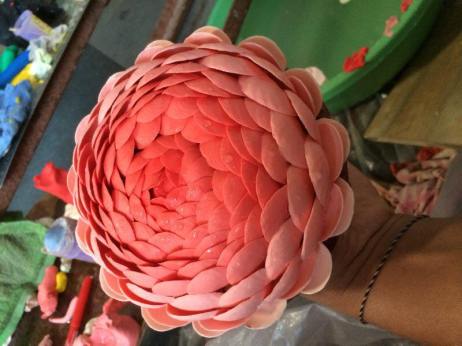 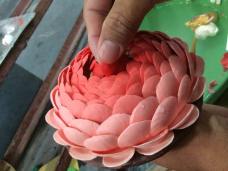 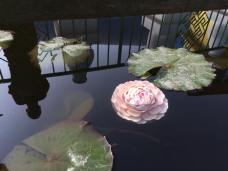 Life-like pink lotus made of wax butter in water with lily pads. 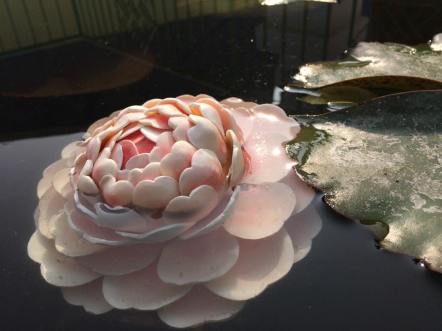 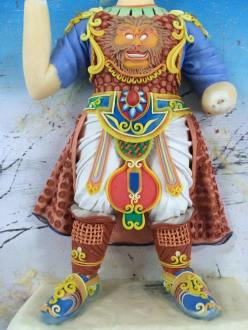 Work in progress: one of the Four Great Kings with Indian motifs. 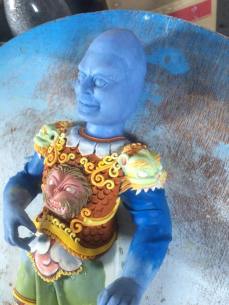 Side view of the King’s attire. 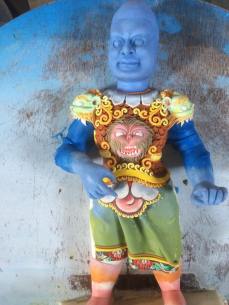 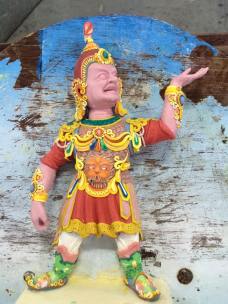 Another of the four Great Kings in full attire.

On December 23rd, Jamgon Kongtrul Rinpoche initiated the gilding of the large golden Buddha statue inside of the Mahabodhi Stupa. This had been sponsored by a Kagyu Monlam member. Karma Wangchuk and fellow artists, Lama Gelek, Karma Samten, and Tashi Tsering helped to apply the gold to the statue.  As Karma Wangchuk said, “It was a really great opportunity to accumulate good karma. We also did this last year with His Eminence Goshri Gyaltsab Rinpoche.” 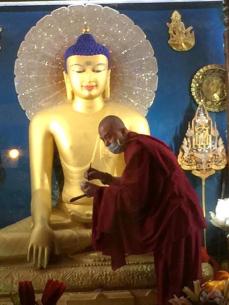 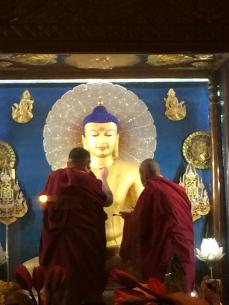 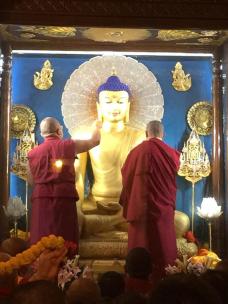